It is a sign of a great year to come when you run into your neighbor while on the way to the subway to start the exodus to Rockaway, when she offers to lend you her car. Wait what? Yes, it was a brand new day, and I'm so thankful to Rachel for her generosity.

Had we not had the car, we would have found out that there was no access to the beach anywhere nearby the subway station we planned to disembark from. Rockaway has changed so much in the past few years, that it's impossible to keep up with it. Where just a few years ago you could drive up any block and park right next to the boardwalk, the new houses with their cul-de-sacs now prohibit traffic from getting anywhere near the beach. And then the piping plover nesting situation takes beach access away from another stretch. 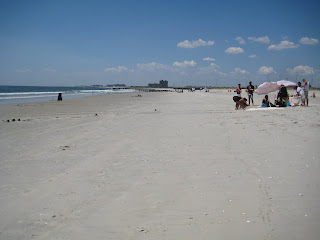 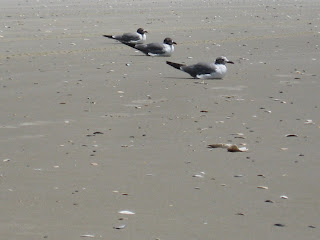 then you can get to the beach at around 29th Street, and it is perfectly heavenly, with the feel of being in a 2nd world country, with vistas of buildings that look rusting and hulking and of the Soviet style. 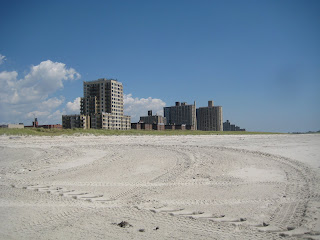 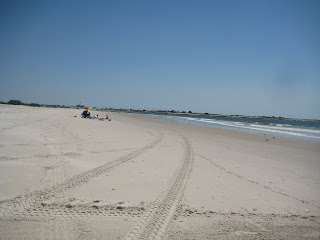 This building was particularly freaky. Both me and the husband thought it was something out of a science fiction novel where the apartments are rusting and the people inside are trapped in an insane world of depravity and poverty. Upon a closer look, it turns out to be a brand new building. 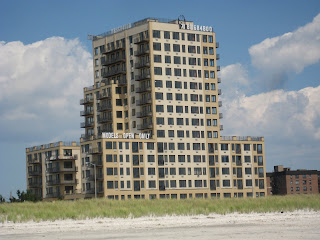 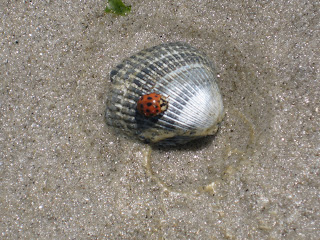 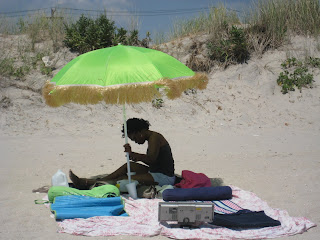 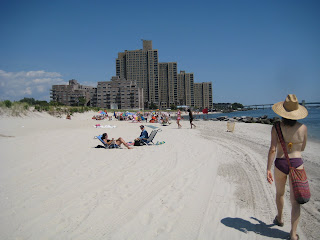 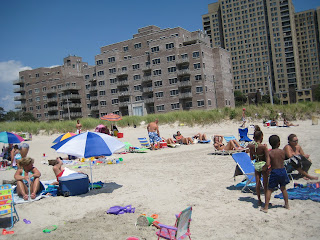 The baptisms on the beach were "free," according to the preacher standing in the water. We discussed the merits and faults of getting baptised by a strange preacher in the middle of a bunch of kids swimming, and didn't take the plunge, so to speak. 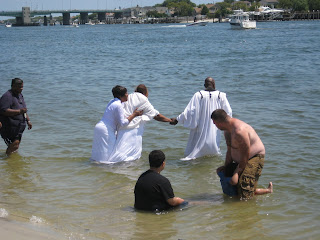 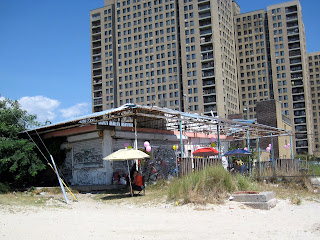 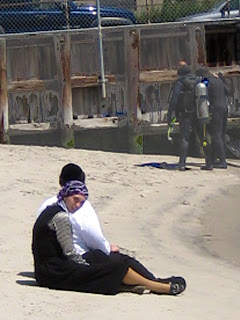 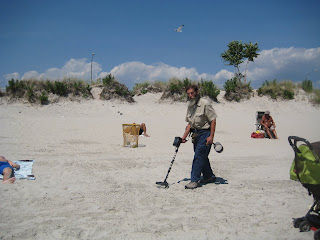 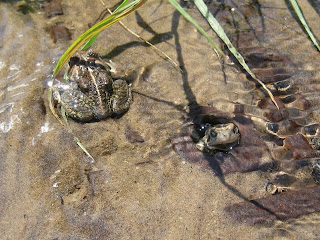